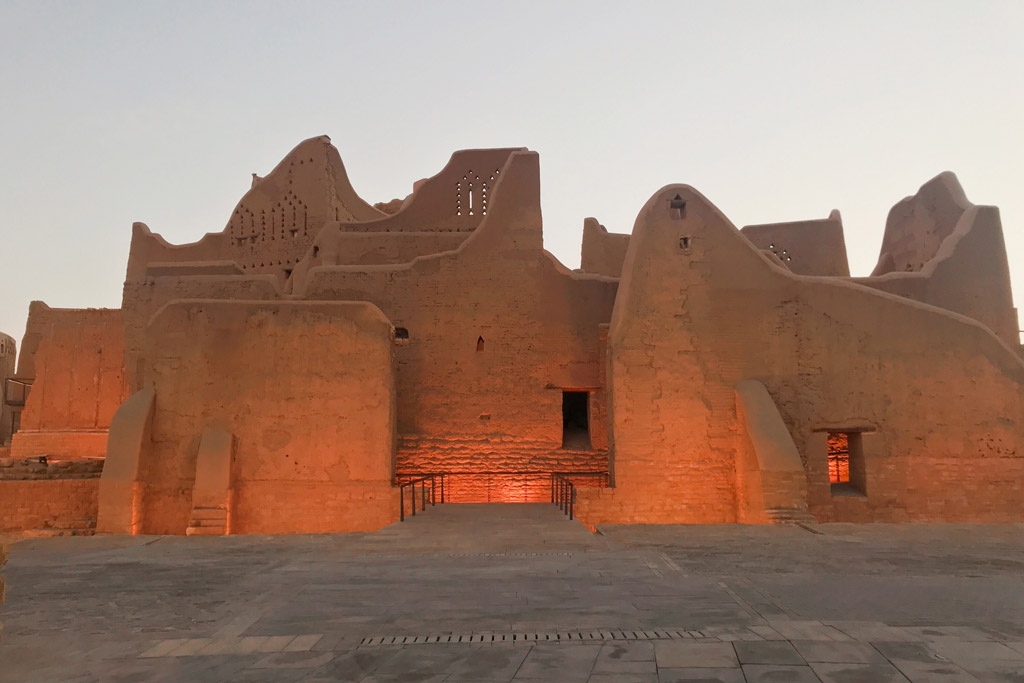 The capital city of Saudi Arabia has grown from a mud-bricked trading hub in the middle of nowhere with barely any visitors to being one of the busiest and wealthiest cities in the world. Despite the well-reserved and traditional social upbringing that many of its inhabitants have had, they are among the most welcoming, generous, and kind people you’ll ever come across. As Saudi Arabia continues to focus on growing its tourism sector through the means of attracting international visitors, as well as its local people, one can expect to see a lot of historically rich places being open to the public. So if you’re looking for the most-visited historical places in Riyadh, you’ve come to the right place! 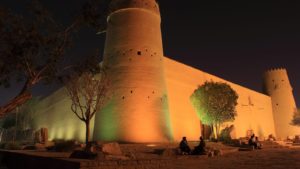 Built-in 1865 and located in the central part of Riyadh. It’s home to a museum that’s rated as one of the most visited tourist destinations in the city. The word “Masmak ” stands for high and forfeited, and it has served multiple functions throughout its existence. From being a warehouse for weapons and ammo to turning into a prison and later overseen and maintained by King Salman Ibn Abdul Aziz who was responsible for establishing Al Masmak Historical Museum in 1995 AD. The SCTH launched an app for a virtual tour through 3D images of Al Masmak Fort to chronologically display the history of modern Saudi Arabia. The museum houses a wide variety of historical artifacts and is an excellent place for those who want to learn about the country’s heritage. The entrance is free. 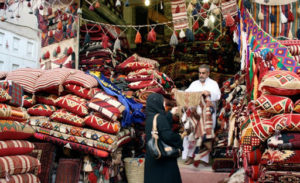 Not so far from Al Masmak Fort lies quite a noteworthy shopping center, immensely popular for the gold shops that some people call it the Deerah Gold Souq. It has a plethora of small shops selling carpets, traditional clothes, and many eye-catching antiques and handcrafts. And what makes it so special is the existence of a wide variety of options selling the same commodity but with slight differences that only an expert such as yourself would be able to notice, so it’s an excellent opportunity for bargaining (most of the shop owners speak English) and comparing merchandise in order to end up with the best deal possible. 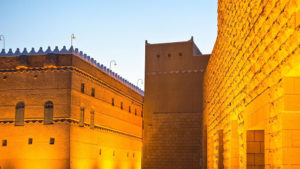 Built-in 1938 as a governmental facility for hosting official meetings and conferences, it was here where the convention of opening the country for oil inspection was signed. And it was also King Abdul Aziz’s personal residence, a spacious and comfortable place to accommodate the King’s family. The Murabba Palace houses many historical artifacts and photos about the country’s creation, as well as personal belongings and gifts that the King had received. 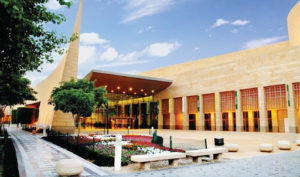 Part of King Abdul Aziz Historical Center, it was established in 1999 as a historical and cultural center while being the Kingdom’s biggest museum. The museum consists of 8 exhibitions walking the visitors through different periods of time in chronologically correct order: Man and the Universe, Arabian Kingdoms, The Pre-Islamic Era, Prophet Mohammad’s Mission, Islam and the Arabian Peninsula, First and the Second Saudi States, The Unification, and The Hajj and the Two Holy Mosques. It’s a charming scenery for those who seek to learn more about the history and heritage of the Arab Peninsula. 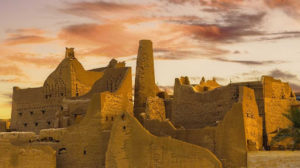 How can we finish an article on the most-visited historical places in Riyadh without talking about the home of the Saudi Royal family and the first Saudi capital, the city of Diriyah. It’s among the 5 Saudi historical sites identified by the UNESCO List of World Heritage. One of the largest Arabian Peninsula cities before it was later destroyed in 1818 by the Ottoman armies, the city is now one of the most sought-after places worldwide, a  bright and shining cultural, historical, and tourist attraction spot.

Planning to spend this winter in Saudi Arabia? Check this article out!

For more information, and to read about other historical places in Riyadh: Click

There you have it! Book a trip to these historical places in Riyadh and discover more such places throughout the Kingdom only on Hala Yalla Super App!

Experiences at Hala Yalla are best enjoyed with friends. Spread the word and be part of the largest digital community in the Middle East.