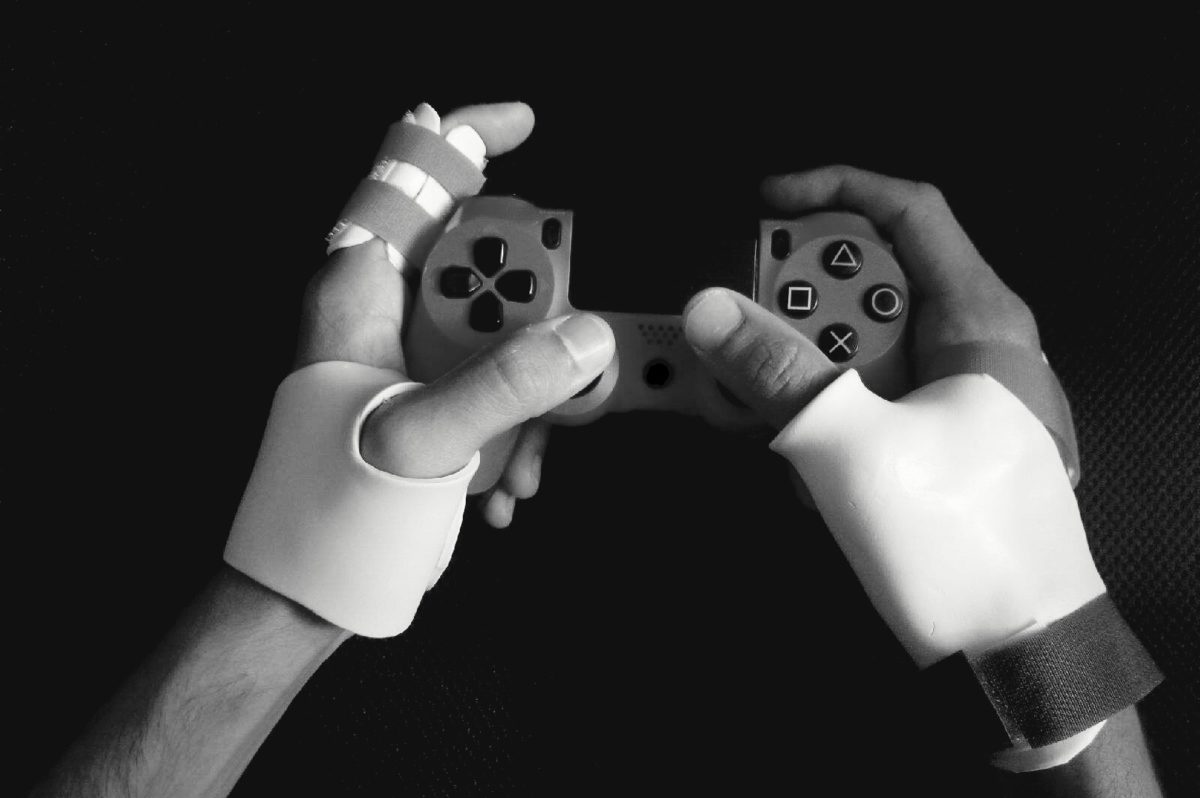 Esports has picked up momentum in the last few years, with their popularity reaching all age groups. The change in the scenario due to the pandemic has made gaming an integral part of everyday lives. With the advancement in gaming technologies, people are spending hours on end in front of their screens, immersed in the enchanting worlds of video games. Doctors and physicians now promote special exercises for gamers to combat physical and mental stress while competing in tournaments.

For onlookers, playing online may seem comfortable, requiring minimum physical effort, especially as the player spends most of his time sitting on a chair or couch with the controller in his hands without having to move much. In fact, video gaming is no less dangerous than any other sporting activity in terms of pain and physical injuries.

With companies competing to offer games that make players spend long hours on gaming chairs, many gamers complain of physical pain like eye strain, injuries, muscle and joint pain in different areas of the body such as the neck, back, shoulders, spine, and so on. This is due to the lack of interest in fitness and neglect of regular exercise by gamers.

The increasing number of professionals and amateur gamers around the world has led to the interest of sports and health communities in educating esports players about the importance of maintaining their physical and mental fitness. They provide special exercises that help gamers maintain their gameplay while also being in good health.

Here are some quick exercises for gamers that can easily be done wherever you are:

Hand injuries are the most common in gamers, including carpal tunnel syndrome, tendinitis, and synovitis, due to overuse of hands and repeated pressure on the fingers and hand area during gaming.

Stopping for a while and practicing this exercise can help you avoid such problems:

Among the most common causes of shoulder pain in gamers are wrong postures – leaning on the elbows while playing, or leaning on the knees and bending forward to look at the screen.

Take a short break from playing and start the following exercise:

Like other physical pains mentioned above, wrong postures and prolonged gaming without a break can cause pain and stiffness in the neck.

The following exercise will correct your posture while playing:

Low back pain is the second most common pain pattern in gamers, due to lack of movement, failure to adjust the screen at eye-level, or bending incorrectly during play, which leads to pressure on the spine and muscle strain in the lower back area.

Try the following exercise to release pressure on your lower back:

Cardio exercises are some of the best ones a gamer can effectively practice to relieve stress, tension, and pressure during play. In addition, it works to improve their mental state before starting their favorite games!

The McGill University of Canada has presented wonderful research that indicates gamers who practice cardio exercises before playing do better than those who don’t.

Choose from the many cardio exercises like walking, jogging, skipping, climbing stairs, and more that’ll affect your gaming performance.

Accustom yourself to taking short breaks while playing. Experts recommend taking a 5-10 minute break every hour. These breaks will help your muscles relax after intense gameplay.

Speaking of a gamer’s physical fitness, we shouldn’t lose sight of the importance of mental fitness. A professional esports player, like any other athlete, needs ideal mental care that enables him to compete at the highest levels. With the tough competitive nature of a gamer’s life, often ending up in isolation to provide long broadcast hours, or to participate in huge tournaments to achieve important titles, an esports player may be exposed to psychological pressures more than others.

And so we’re here to remind you, that success never interferes with giving your mind some time to relax and move away from the screen for a little while.

Habits that help your mental health shouldn’t be overlooked. Don’t neglect your social life, enjoy weekends, meet up with close friends, hang out with family. This will increase your willingness to always give your best.

Nobody had previously looked into the demands placed on an esports professional, the kind of technology he needs to compete, or what kind of strains he is exposed to during a tournament. Newly launched telo GameZ Lenovo Legion by UCC is a specially designed gaming mobile, it’s not only powerful in performance but designed to make a statement. telo GameZ aesthetics are sure to make you win those tournaments, with the first 20 MP front-facing pop-up camera and dual rear-facing 64 MP cameras, telo GameZ promises to be a worthy companion.

Whether it’s taking care of your physical and mental well-being or using the next-gen technology, it’s time to level up to the futuristic gaming experience with telo GameZ Lenovo Legion phone. Available at your nearest Jarir Bookstore👇

You know what’s the number ONE problem youngsters complain about these days?

No, it’s not about too many new shows on Netflix or losing an AirPod (though that’ll come in second).

Some people follow a strict bedtime routine which works wonders, but some really struggle with falling asleep quickly and staying asleep for the most part of the night.

Each routine works differently for everyone, but forming one and sticking to it is crucial.

We can’t emphasize it enough. Sleeping and waking at a dedicated time regulates your body’s clock. Your body has its own regulatory system called the circadian rhythm. This internal clock cues your body to feel alert during the day but sleepy at night.

Lastly, give yourself 30 minutes to an hour to wind down in the evening before getting in bed. This allows your body and mind to relax and prepare for sleep

It’s normal to wake up in the middle of the night. However, the inability to fall back asleep can ruin your night.

People who do wake up in the night, tend to watch the clock and obsess over their sleeplessness. This behavior causes major anxiety that could eventually lead to insomnia.

If possible, it’s best to remove the clock from your room. If you need an alarm in the room, you can turn your clock and avoid watching it when you wake up in the middle of the night. This includes keeping your phone far away from your bed!

Many people believe that the bedroom environment and its setup are key factors in getting a good night’s sleep.

These factors include temperature, noise, external lights, furniture arrangement, and even your mattress plays a crucial role here.

Avoid prolonged exposure to bright light, noise or electronic gadgets right before you go to bed. A well-ventilated room can also do wonders for your sleep, so if you’re not too cold/hot, prop that window open.

A bedtime routine, whether it’s a warm bath, chamomile tea, skincare or meditation,  helps clear your mind of all the worries you’ve accumulated during the day.

While yoga encourages the practice of breathing patterns and body movements, meditation can enhance melatonin levels and assist the brain in achieving a specific state where sleep is easily achieved.

You can try either of those or merely perform some deep breathing exercises right before your head hits the pillow. Light music and sleep-inducing apps like Calm and Pzizz have also proven helpful in clearing the mind.

Let us know if any of these tips work out for you!

Download the Hala Yalla app to stay productive at home. 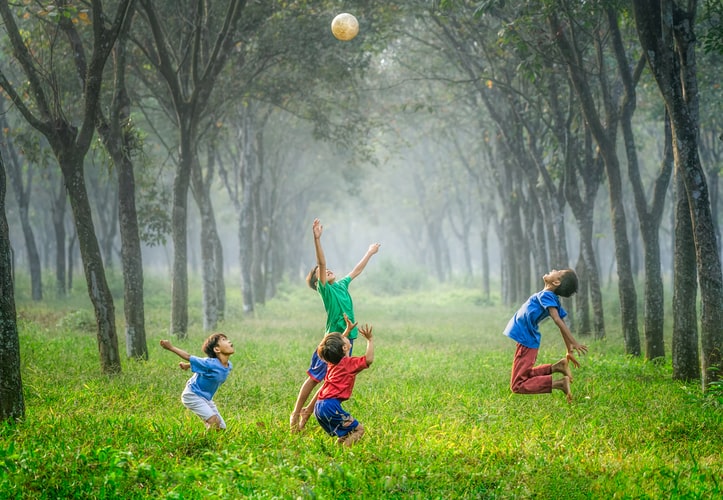 Sports not only provide entertainment. Learn the top 7 benefits of sports

Just like reading is necessary for mental health, playing sports is important for physical health.

It doesn’t only act as a pastime, but it also helps in the establishment of healthy habits and routines.

There is an overwhelming amount of scientific evidence on the positive effects of sport and physical activity to maintain a healthy lifestyle.

Let’s list down what active sports do for us.

The physical activity involved in sports stimulates hormones that help to sharpen focus, increase self-esteem, improve memory and boost mood. It also reduces the chances of depression and anxiety.

Physical activeness forces you to engage yourself fully in the task at hand, leaving behind thoughts and worries you may have had beforehand. Active sport stimulates the release of endorphins, which are the body’s natural happy chemicals.

Staying active is the easiest way to stay happy!

A physically active body leads to better physical health. It enhances the immune system and reduces the chances of getting sick.

The chances of heart disease, stroke, and diabetes are lower in an active person. The physical activity involved in sports improves the overall health of the cardiovascular system and prevents hypertension.

Are you trying to lose weight? Join a team and start playing active sports. It burns calories, reduces body fat and improves metabolism as well.

Playing sports helps us psychologically, both in the short and long term.

Active sports stimulate happy hormones that keep us away from depression and sadness. It allows us to challenge ourselves, set goals, and motivates to be better than yesterday.

Long term psychological benefits come from communal experience. In a team, we learn to trust others, depend on our teammates, learn to give and accept help, and work together towards a common goal.

Playing sports also instills leadership qualities in players which they can apply in all dimensions of their life.

Active sports can help us improve muscular strength and endurance. It improves joint flexibility and aids the building of dense and strong bones. Also, players have fewer chances of osteoporosis and serious injuries and have improved stamina and concentration.

Participation in aerobic activities -such as running, cycling- improves blood circulation and effective transportation of oxygen in the body.

Sports also help in the improvement of the sleep cycle. Tiredness makes us fall asleep faster and we also enjoy deep sleep.

Exercise during active sports increases body temperature. The drop in temperature after an exercise stimulates the sleep cycle. It also reduces insomnia, anxiety and depressive symptoms and helps you fall asleep quicker.

However, it’s recommended not to play late in the day. It’ll leave you too energized to sleep.

It’s the most long term benefit that impacts the player’s personality and changes their outlook on life.

Sports allow the players to learn to live the highs and lows of both winning and losing.

These setbacks build resilience and make them strong.

They go through the experience of coming to terms with defeat and learn from their mistakes. It helps them to cope with their social, academic and physical hurdles with ease.

Alongside every benefit we get from playing sports, the best of all is fun.

Sports bring entertainment, enjoyment, strength, reason to hang out with friends, and motivation to stay active!

Play with your friends, start active living and enjoy the fun and excitement it brings!

To achieve Saudi Vision 2030, GSA is organizing many sporting events in the Kingdom. Stay updated on these events with the Hala Yalla app and make an active and healthy community around you. Download the app now on Android or iOS